Forest Hills Reform Temple and Weber Management have revealed plans to construct two mixed-use buildings at 71-11 112th Street in Forest Hills, Queens. The proposed buildings will surround an existing temple on parcels of land owned by the congregation.

The first proposed building, listed as Lot 31, is a ten-story structure comprising approximately 162,500 square feet. The property would include 153 rentals with up to 46 affordable units, as well as 16,600 square feet of ground floor community space and 66 underground parking spaces. Entrances to the residential space and parking garage would both be located along 112th Street. The entrance to the community facility would face 71st Highway.

The second building, listed as Lot 41, would be nine stories tall and span 23,800 square feet, with 20 apartments and 1,800 square feet of community facilities on the ground floor. Up to six of the units would be marketed as affordable housing.

As part of the development, the temple would be vacated and incorporated into the building on Lot 41.

Before construction can begin, the proposed development requires zoning amendments to facilitate construction of a dense mixed-use residential property. The proposals are currently being reviewed by the planning commission. 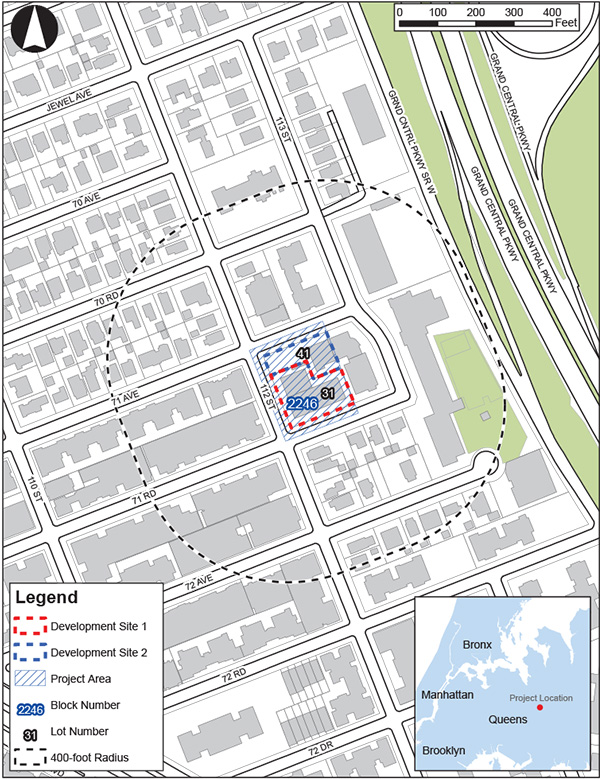