The profitability of FARM is determined by several factors. In a beef cattle business, factors such as survival and growth of calves to sale weight are considered among the major influences.

The cow weaning rate (CWR), which is defined as the number of calves weaned per cow mated annually, is critical to both of these areas. 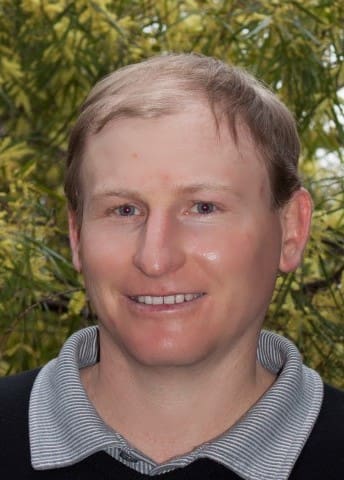 Central to this research is the fact that reproduction has a high demand for nutrient resources as it involves the dietary needs not only associated with pregnancy, but also milk production.

This can represent almost double the nutrient requirements of the cow compared to when she is dry and therefore a significant financial investment when it is necessary to provide supplementary feed.

Progeny growth was defined as finished selling weight (FSWT). The research considered a scenario based on a self-replacing cattle herd that purchased bulls from seed stock breeders. Broader production parameters included a herd weaning rate base of 85% and consideration of supplemental feeding to manage seasonal feed deficits.

The model also addressed comparisons across the production system, such as the evolution of selling price, FSWT and termination age, mature cow weight, and breeding time horizon.

Given these parameters, it is possible to ask the question of the economic importance of the cow weaning rate (CWR) for a cattle company.

This can often be a difficult question when considering the use of fertility as part of a genetic selection process. Genetic improvement has a longer time horizon compared to final sale weight improvements that can be achieved through both nutrition and genetic selection.

Selecting and keeping heifers based on higher genetic indicators of fertility results in a longer period of improvement. Research has identified that over a short period (three to four years), the relative importance of cow weaning rate (CWR) to final selling weight (FSWT) is low.

However, as this period spans 10 years and up to 20 years, the importance of CWRs and selection for fertility increases dramatically.

In a number of scenarios, Brad Walmsley’s results highlighted some useful outcomes for commercial beef producers.

The key findings to consider are that in a number of scenarios, the importance of cow weaning rate (CWR) increased when herd fertility was lower (50-70 pc) than the baseline of 85 pc . It was also of increasing importance when higher value animals were sold at the same age (higher FSWT) or at a higher selling price.

With respect to feed costs, CWRs were of increasing importance when supplemental feed costs were lower. In the scenarios considered, the weights of mature cows had an impact when they were lower than the base herd. Finally, having a longer time horizon for genetic changes and evaluating these changes over 20 years also impacted the economic importance of CWRs.

It should be noted that research has identified that when animals are sold at different ages (from 12 months to 32 months), the importance of CWRs varies depending on the need for complementary feeds to manage seasonal dietary deficiencies.

The study found that “in all cases, CWR has positive economic value and a substantial focus on fertility is often warranted.” Alastair Rayner is the director of RaynerAg, an agricultural advisory service based in NSW. RaynerAg is affiliated with BJA Stock & Station Agents. He regularly lists and sells cattle for customers and also attends bull sales to support customer purchases. Alastair offers pre-sale selections and gradings for seed growers in NSW, Qld and Victoria. He can be contacted here or via his website www.raynerag.com.au