At 17,000 square feet, Scott’s Addition food hall will be almost twice the size of Hatch Local in Manchester. (Photo by Mike Platania)

With a new food hall opening in Manchester and another in the works at a redeveloped Henrico shopping centre, the trend will soon make its way to Scott’s Addition thanks to one of Richmond’s most prolific restaurant groups.

EAT Restaurant Partners, owner of more than a dozen local restaurants such as Fat Dragon and Red Salt Chophouse, spent $3 million last week to buy the Hutcheson & Co. building at 3013 W. Leigh St., which he plans to convert into the neighborhood’s first food hall.

The 17,000-square-foot warehouse had previously been contracted with local development company Capital Square for a similar food hall concept, but the company pulled out of the deal, a spokeswoman confirmed. 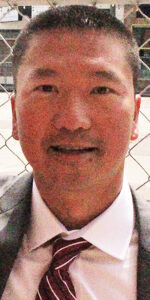 EAT chairman Chris Tsui said his group discussed being a tenant and operator of the Capital Square food hall before stepping in as a buyer.

“(Capital Square) thought it was better for us to own the property, and it made more economic sense for us to buy it rather than rent it,” Tsui said. “We’ve wanted to do (a food hall) for several years, and they have so many new tenants that they wanted more amenities for them.”

Tsui refers to the more than 500 new apartments Capital Square is building in the neighborhood, including 200 at its three-building Scott’s Collection project nearby and 350 at the Otis, the city-block-sized mixed-use project. along Roseneath Road which has recently started inking commercial tenants.

EAT Restaurant Partners closed the Hutcheson Building on May 20, with Read Goode of Divaris representing them in the deal. The city recently appraised the property, which spans three parcels, at a combined $1.8 million.

For decades the building housed electrical supplier Hutcheson & Co., but the company has since moved to Henrico.

Tsui said he wasn’t sure how many vendor booths the food hall would have, but noted that some of EAT’s 13 concepts would likely be there.

“We are still deciding in which direction we want to go. I think we have several concepts we can choose from internally,” Tsui said.

“We are also planning non-food stalls – vendors who may want a stall, like someone making pottery or candles. I think there will be a lot of people in the food hall, it could be a good display for someone who doesn’t have a window display.

Michael Pellis Architecture is the architect of the project and Patricia Holley of Design Therapy is its interior designer. Tsui said they hope the food hall will be ready by 2024.

EAT has previously purchased and developed the real estate it occupies, including Hot Chick’s building in Shockoe Bottom. Tsui said the company has investors in both its restaurants and real estate, and is bringing in additional capital for the food hall project.

EAT’s future food hall isn’t the first such concept envisioned in Scott’s Addition. In 2019, a DC-led restaurant group had one at 1509 Belleville Street, but those plans fell through in 2020. That building is now set to house another bar for The Veil Brewing Co.

In March, the city’s first modern food hall, Hatch Local, opened in Manchester in a 9,000 square foot space along Hull Street. In Henrico’s West End, the owners of Regency are converting the mall’s former food court into an indoor/outdoor food court.