A rendering of the planned redevelopment project to replace Manchester’s South States silos, with the 20-storey apartment tower to the east. (Image courtesy of Hourigan Development)

A clearer view of Manchester’s South States silo replacement plan has been revealed and includes the tallest new-build residential building the city has seen in recent years.

Hourigan Development aims to construct a 20-storey apartment tower as well as a 6-storey office building at 2-4 Manchester Road.

The 65-year-old silos that currently sit on the 2.2-acre site would be razed to make way for the project. Hourigan has been working on planning since the summer of 2020, but details on exactly how the project will be used have remained scarce so far.

“We really spent a lot of time getting the design right, understanding the market and trying to make sure we were in the right niche. We think so,” said Mark Hourigan, the company’s founder and CEO.

Joseph Marchetti III, president of development at Hourigan, said they had mixed-use in mind from the get-go.

“From the earliest designs, the plan was always to try to create a site that had energy throughout the day,” Marchetti said. “I think what we’ve been able to come up with here, design-wise, is going to create a great dynamic.”

The apartment tower would include approximately 290 units, many of which would be one-bedroom apartments totaling between 750 and 850 square feet. Facilities would include a rooftop pool and bar, coworking spaces and an outdoor terrace.

At 20 stories, Hourigan’s tower would be taller than some other skyscrapers planned for the neighborhood, including Avery Hall’s planned pair of 17-story apartment towers to the west and South Falls I tower in 14 floors of Fountainhead Real Estate Development and WVS Cos. to the East. 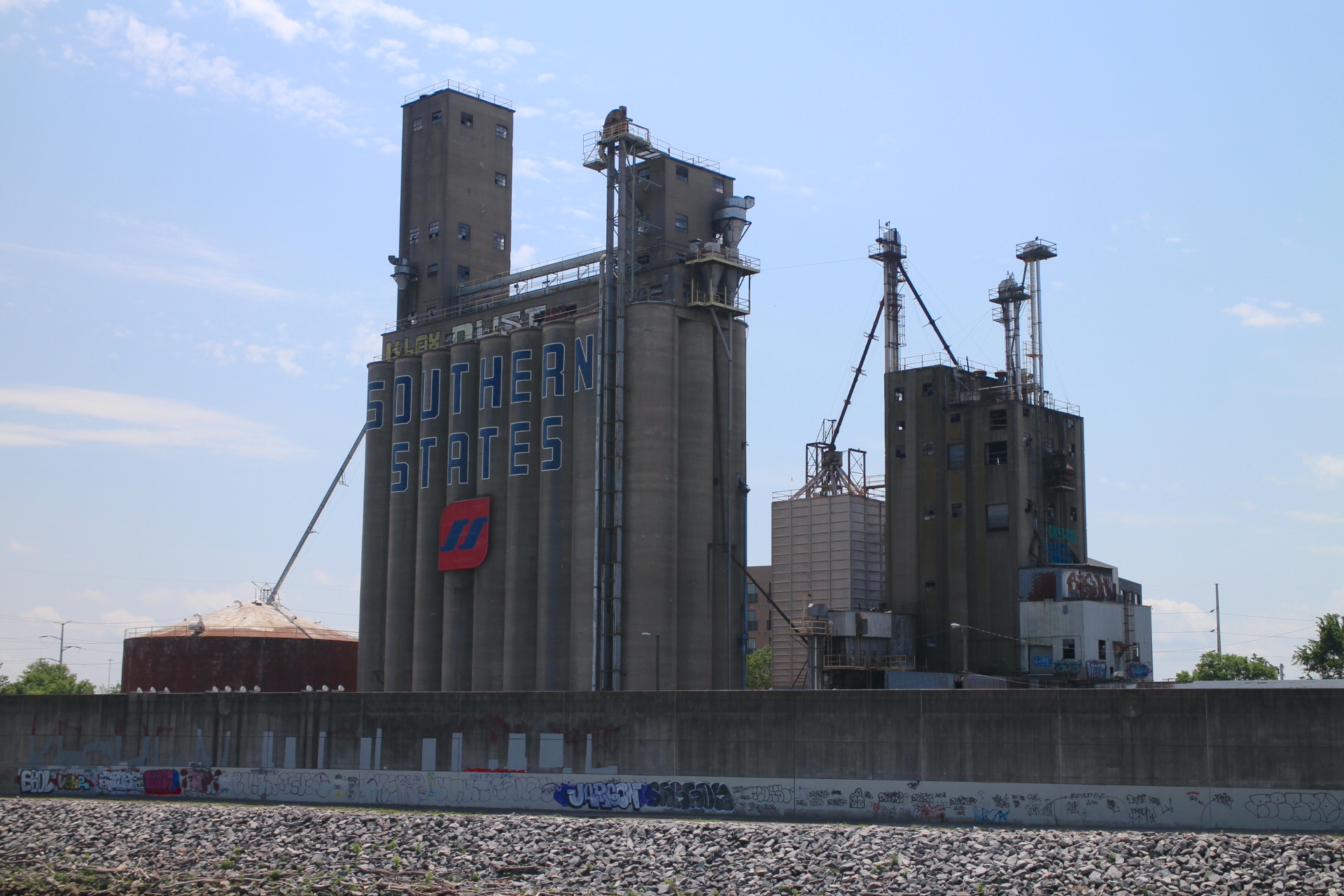 The silos in the southern states have been vacant for years. (Photo by Mike Platania)

The apartments would be flanked by a 130,000 square foot office building which would also include 11,000 square feet of retail space on the ground floor.

Instead of standard wood or steel framing, the office building is expected to be constructed with cross-laminated timber, a type of framing that uses pieces of wood glued together. Hourigan said they used CLT for Apex Plaza, a 265,000 square foot office building in Charlottesville that they recently completed. He credits the aesthetic and durability benefits of CLT for helping this project achieve over 90% lease.

“As a tenant, you can leave as much of this structure exposed as you want. The building itself has that warmth – you see the wooden columns, the wooden beams, the wooden ceiling above because it’s the floor of the structure above,” Hourigan said. “Desktop usage doesn’t go away, it can just be repositioned a bit. What we’re seeing is a real appeal for durable desks like (those made with) CLT. »

Marchetti said it’s had interest in the early days of marketing the office space, but isn’t ready to announce tenants just yet. JLL has the list on desktop space.

As for commercial space, Marchetti said he could envision uses similar to those for restaurants and retailers that have popped up in recent years along the Hull Street corridor.

Kahler Slater is the project architect and Timmons Group the engineer. Hourigan’s in-house construction arm will be the general contractor.

Over the summer, ownership was transferred to an entity that includes Hourigan. Last summer, the city council approved a special use permit for the project, and Marchetti said its site plan is currently being reviewed with the city.

Demolition of the silos, which have stood idle for years, will begin later this year as Hourigan seeks to go vertical in the second quarter of 2023.

Of the silos, Hourigan said: “There’s really no practical or aesthetic reason to try to reuse them, rather than trying to create a new look on the horizon and move Richmond on its way to development.”